Donna began her career in the world of nails in 2001 working from home and beauty salons around her area, she moved to Canada for 3 years looking after her two little girls. she moved back to the UK in 2011 and adventured out back into the beauty industry in 2011 she picked up her tweezers and never looked back specialising in lash extensions,nail extensions ,HD brows and is now perfecting her microblading.

In 2015 Preenadonna was born Donna opened her own business renting a room in a tanning salon Donna decided she wanted to pass her skills to others passing her AET began teaching in the industry august 2016 her salon doors opened. Donna does many treatments in her salon including nails lashes tans and brows she is very excited to be working along side Tina and the rest of the team at pure nails.

Back to Training Academy Page 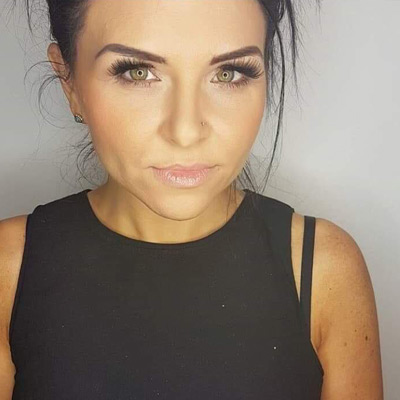